Autocue & Alter ego are two short solos. Nineties made these performances to be seen on location in the Stadsschouwburg in the Spring of 2016. Since then they have remained in the Nineties repertoire, and they were developed to be performed at various festivals.

What is the power of speech? The ability to steer the audience? Is it the words, the tone, the attitude or mimicry that manipulate the audience? Why do we immediately believe one person and remain suspicious of another? Theatermakers Anne Maike Mertens and Stephanie Louwrier research the tension between real and fake, charisma and integrity. In 30 minutes the audience is kneaded, influenced, played and seduced by the tyrant, the politician, and the philosopher. Humorous, sharp, confusing and capricious. Autocue is a solo, played by Stephanie Louwrier about speaking without words and playing with confidence.

In 2012, David Byrne, known for the new wave band Talking Heads, released the almost anthroposophical book How Music Works. A collection of his columns, articles, TEDtalks and autobiographical fragments about the influence of music on culture and vice versa. Byrne is known as a musician, but is a much broader artist who does not shy away from any discipline and is inspired by everything. Always aware of the context and time in which he lives, his performances have undergone many developments.

Based on his book, Nineties productions made a solo piece played by Yannick Noomen and directed by Lizzy Timmers. Yannick plays comically but humanlyn diverse characters all looking for their identity, similar to how Byrne always looks for different shapes for his performances. From a vlogging teenage girl who intakes the world through YouTube to a desperate hipster with a world trip behind him. They seem to have little in common, but have all stepped out of Byrne’s head, I mean book. 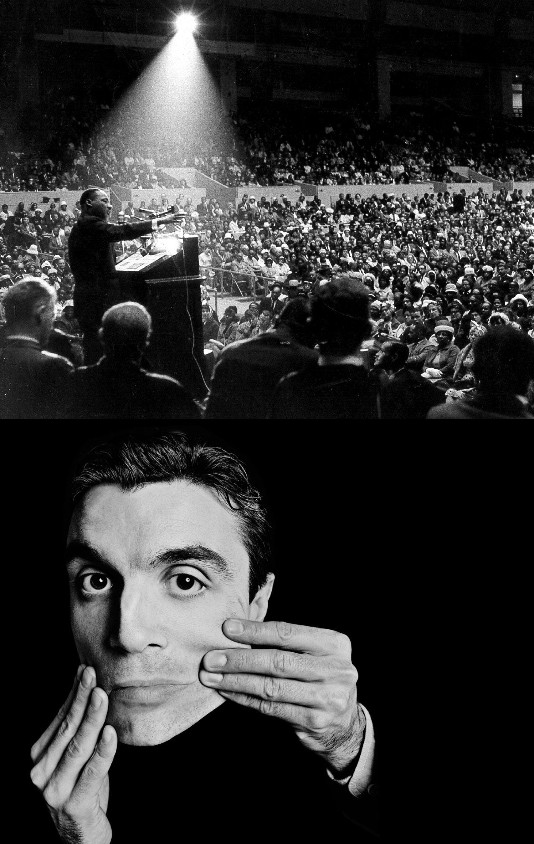