Sterke Drank in Oud Zuid is a work by Ton Vorstenbosch, a Dutch playwright who died in 2017. Under the same title, Nineties Productions honors him and his work monthly at his favorite bar, Café Welling, just behind The Concertgebouw in Amsterdam’s Oud Zuid neighborhood. Ton Vorstenbosch was not only a playwright, but an artist defying conventions. With his engaged critical plays, he enriched Dutch theater in a comical way. He worked together with his partner and writer Guus Vleugel for many years. In 1984, Sterke Drank in Oud Zuid was performed by the Theater group Centrum in the Bellevue Theater.

Nineties members conversed frequently with Ton at Café Welling, and being his favorite bar, it is the perfect place to organize this tribute. Once a month on a Monday evening, a group of young actors presents one of Ton’s works such as Sterke Drank in Oud Zuid and De Miraculeuze Come-Back van Mea L. Loman; an initiative of Anne Maike Mertens in collaboration with the Bellevue Theater. Texts are read by Yannick Noomen, Floor Houwink ten Cate, Marius Mensink, Benjamin Moen, Annelinde Bruijs, Ludwig Bindervoet, Reinout Scholten van Aschat, and many others.

Admission is free, donations are welcome. 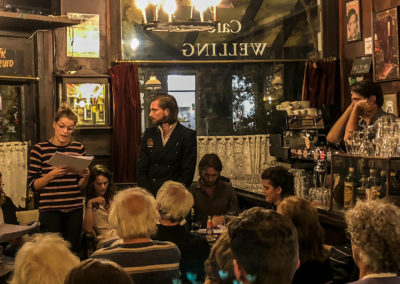 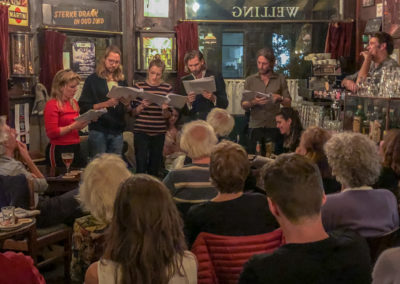 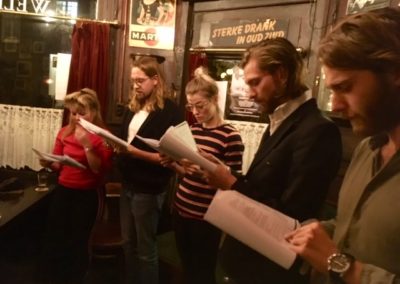