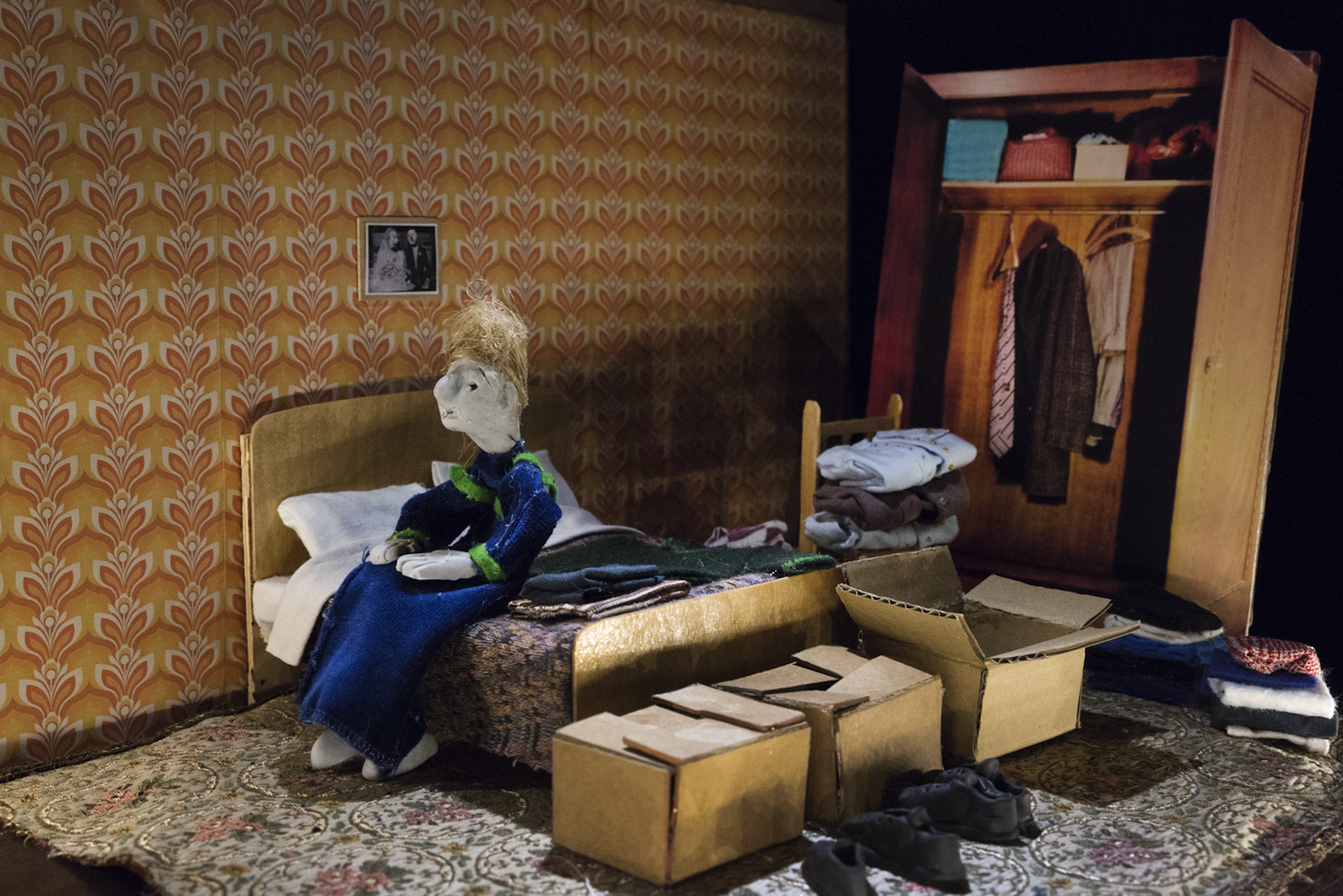 In Private Domain, actresses Pauline Kalker and Arlène Hoornweg from theatre group Hotel Modern and visual artist Heleen Wiemer explore the intimacy that can be the result of communicating by means of a webcam. Pauline Kalker embarks on a quest for her unborn children. She shares her most intimate memories of those children, while entering a world of paper animations. Arlène Hoornweg embodies a confused, hallucinating woman who suffers from a sleeping disorder. In a beauty vlog that soon gets out of hand, she reveals not only her beauty secrets but also her innermost being.

In their performances, theater company HOTEL MODERN blends puppetry, visual art, mime and music. The company is internationally renowned for its so called ‘live-animation’ performances, in which gigantic scale models fill the stage. During the show, performers manipulate and film hundreds of puppets in the scale models. The images they create are projected on a large screen and accompanied by a live on stage created soundtrack. Productions include The Great War, about the horrors of WWI; Kamp, a portrait of a nazi concentration camp; and Our Empire, about the early colonial history of the Netherlands and Indonesia. The company was founded in 1997 by core members and actors/theatre makers Pauline Kalker and Arlène Hoornweg, and artist/performer Herman Helle. Hotel Modern is based in Rotterdam and performs its shows worldwide.